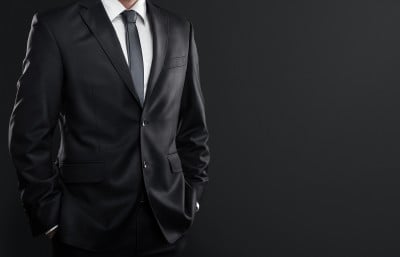 Sean digested the feedback I had given him. “Executive presence,” he said thoughtfully. Sean did most things thoughtfully. He is the Chief Marketing Officer of a pretty hot start-up based in Chicago – the expectation is that they will go public in a year or less.

Sean is incredibly creative and has seen all aspects of marketing from his prior start-ups. He can keep his team motivated and productive even during the huge mood swings of start-up life. He also has a deliberate manner and is more often quiet and in the background than out in front. It’s this last characteristic that is getting in his way.

The CEO explained it to me. “Because of our high profile, when we go public it’s going to play out under a microscope. The board is laser focused on this, and they are concerned about Sean. He’s young. We are all younger than they are used to – Chicago is not Cupertino – but they see him as in over his head. They aren’t sure he can navigate the next year. They don’t think he has the executive presence.”

Executive presence. This is another of the tricky code words people throw down without explaining what it means.

People often think of executive presence as one of those “you have it or you don’t” characteristics, but actually it can be learned. It is subtle. You have to work at getting an honest assessment of how you come across and then you have to do the difficult, uncomfortable, and nuanced work of making changes. If you are committed, you will make progress. If you make progress, I guarantee you will get ahead faster. But first you have to figure out what the heck it is.

Gravitas is your ability to own the space, to exude confidence and credibility. The knock on Sean was that he would “disappear” in meetings. When I asked the CEO and a few board members what that really meant, they all had trouble describing it. That’s normal – most people just think about the overall impression you make. They are mostly unconscious – just like you are – of the specific behaviors that go into creating that picture.

Once they sat back and thought about it, they explained like this: Sean sits in the back of the room. Sean looks down when he answers questions, and there are times in meetings when he leans forward, putting his head on his hands. For Sean, this is “thinking.” For everyone who observes Sean, this is “disappearing.”

Once this was defined, it was fairly easy to fix. Move to the front, sit straight and make eye contact when you are speaking. When Sean and I discussed it, he realized that he was sitting in the back out of deference to others. That’s a helpful observation – “deference” is not a word in line with executive presence. He also understood that when he was concentrating he looked like….well, like he was concentrating! In the new world he had to look more “decisive” for lack of a better word. Making more eye contact more regularly would help.

Communication: It turned out that Sean’s voice went up at the end of sentences, as if he were asking a question. This made him come across as young and uncertain. Sean had no idea he was doing that. I asked him to tape himself speaking for a few days so he could hear it himself. He began to bring his voice down naturally – again, easy to fix once he was aware of it.

Appearance: Don’t fool yourself: how you look matters. All the research shows that people who “look the part” (men and women) are the ones who advance the fastest. This is true even in a youthful culture. Sean tended to wear a t-shirt and, yes, a hoodie and never thought about his appearance at all. Even though everyone dressed down, his peers put on button down shirts and…well, tried to look older and somewhat polished for important meetings. Sean didn’t. It was hurting him. Once Sean realized that he started wearing button down shirts on days he had high level meetings. He discovered that everyone treated him a little differently on those days, so he decided to retire the hoodie altogether.

Most of you don’t work in a start-up. You work in Fortune 500 companies; in privately held companies; in family businesses which have been in the family for three generations; in non-profits; and the list goes on. Your own flavor of executive presence is unique to you and your environment. Think about how your gravitas, communication and appearance are contributing to your executive presence, and what might need to get upgraded. I would love to hear how you think about executive presence!