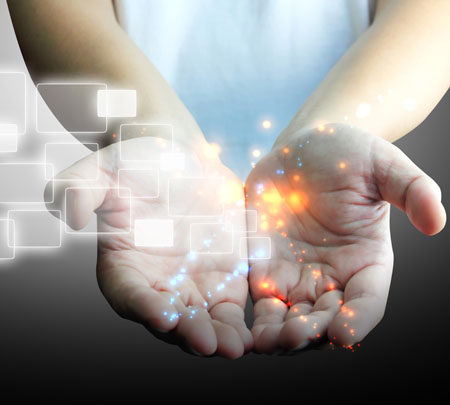 Creating your own vector

“Pete needs his own vector,” Anthony, the CEO of a technology company, told me about my client Pete. “He did a narrowly defined scope as our M&A guy, but Chief Strategy Officer is a broader role. Now he needs focus, and enough force so that others gravitate to him. Like I said, he needs his own vector.”

Vector? I know – I didn’t really know what it meant either. I thought about it and talked with some people about what it meant to them, and I realized that a vector is a very useful concept. A vector is simply direction and magnitude. When you have your own vector that means that you step out of the day to day momentum of work to create your own point of view and to gather some force behind it – the force of your presence and force from others contributing to it. Your vector sets you apart and creates a platform for you to build on. As you get more senior, having your own vector is critical in having a real impact across the company.

Easy to say, but in the relentlessly busy world of work how do you create your own vector? The recipe: Focus, document, communicate.

Focus: Yes, you are busy! You are getting good work done – that’s important. But here is the question: is your work focused enough to deliver value and impact that everyone sees? The more senior you are, the broader your scope and the less you have clear, defined things to do. Therefore, the more you need to divide your mandate into specific pieces, hone in on something, and drive it with force and focus.

When Pete and I discussed this, he immediately saw his need for focus. His mission in doing M&A was totally clear. Now as Chief Strategy Officer reporting to Anthony, the CEO, his team had doubled in size and his responsibility was much broader. Anthony didn’t want to tell him what to do; he wanted Pete to bring his recommendations to him so he could stress test them and then empower him to execute.

Pete and his team already had deep insight on their strategic objectives – there was no lack of ideas. Pete realized he needed to focus his team or they would run off in all different directions and dilute their overall impact.

What was needed was – drum roll! – a framework. Pete created a 2 x 2 grid (background in consulting, I wonder?) He picked “internal/external” and “short-term/long-term” and plotted their activities on that grid.

Then he picked two things that the team would rally around: one long-term internal: culture; one short-term external: 12-month M&A roadmap. Obviously they would do more than two things – many more – but Pete would ensure that his team was driving and promoting these two things. These would serve as their vectors. Pete knew he, personally, was known for these two things from his old role, so this was an existing platform to build on. This would help him gain traction.

Document: It’s a major accomplishment to wrestle down a few clear specifics in a sea of ambiguity. And, it’s only the beginning. Just because you know what your focus is doesn’t mean anyone else does. You have to create some documentation to package it up.

I know, I know – I hate sitting down and writing it up, too. Think of it this way: you only get credit for your vector if others know about your vector. Your colleagues across the company need to be able to reference your focus, add to it, build on it, for your vector to have force. Publishing documents makes things seem “important” and “finished.” And, let’s face it – a document makes it easier for others to pull up and reference your work; that puts your work ahead of others.

Pete was actually good at this – former consultant, right? Those guys do power-point decks in their sleep. The opportunity here, I suggested, was for Pete to create not just a deck but more like a workbook – one type of workbook for M&A roadmap and one type for culture transformation. This would encourage other groups to weigh in on these areas, which would help Pete’s team drive them across the company – that’s how you put some force behind your vector.

Communicate: Now that you have your focus and some documents to reference, you have to tell others. We all tend to communicate easily with the people we intersect with every day. It’s much harder to remember to seek others out to proactively tell them what you’re up to.

Pete realized that was exactly his pattern. He did a good job communicating to his team and a decent job sharing his work with people he came into contact with regularly.

He did not, however, tend to tell others outside of his day-to-day circle what he was working on – and certainly would not have thought to emphasize his vector with them. “Why not?” I asked. He thought about it. “I guess since I don’t see them every day they are sort of off my radar. I don’t want to bother them unless I have something specific for them to do. If I don’t have a task for them it just feels like self-promotion.”

These are common concerns. Many excellent executives don’t want to be seen as self-promoters but think of it this way: communicating your vector to others – especially people you don’t deal with every day – is the only way they will know. Once they know, they can get on board and they can use your work. If they don’t know, they can’t. Don’t you want your work to be used?

Pete decided to make a simple communications plan. He wrote a list of the key people he didn’t bump into every day, then got on their calendars. One example was the CTO, Glen: He hardly ever saw Glen, and although they had a cordial relationship they didn’t talk about the specifics of their areas. Pete realized that the Glen should be involved much earlier in the M&A roadmap (it was obvious once he thought about it) The first time Pete talked to Glen he learned some pretty important things related to the M&A roadmap, and he also learned that Glen wanted to be a force in the culture transformation project. Glen even agreed to put a point person on the project from his team.

Your vector is the direction and magnitude you create by honing in on your agenda and pursuing it with vigor. Create it using this model: Focus, document, communicate. How are you pursuing your vector?