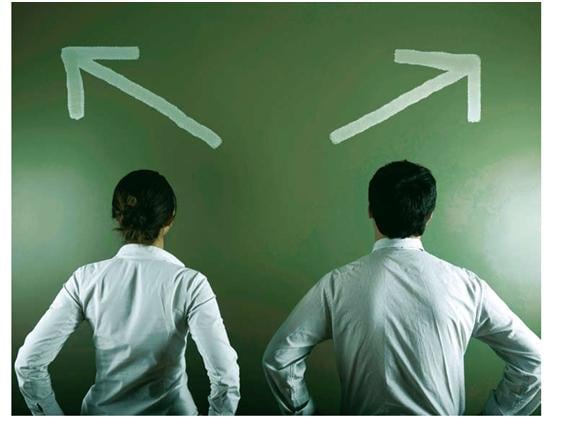 “Our parent company just bought 2 new companies. They have given us no guidance on integration – what a surprise – and every day there are new issues popping up. Managing through this is turning into a full-time job for me and for each of my people, on top of our day jobs.”

Bryan sat back and continued “You know, I thought that once I got to be the CEO I wouldn’t need to influence – people are sort of supposed to do what I say. But I am now realizing that I need to figure out how to insert myself and my staff, otherwise we’re going to get shut out of the most important decisions.”

So true. As you rise up the ranks in your career, your influence skills become more important, not less. Even at the very top, you always have to influence.

1) Draw a map. You don’t know how to influence until you know who to influence. When you’re thrown in with a whole new group of people because of an integration, a re-org or simply because your role changes, you have to start by figuring out the new landscape in some level of detail. It can be overwhelming. Creating a simple chart is the best way to efficiently map out the new eco-system.

Bryan immediately started typing up a spreadsheet. “There are my counterparts, the CEOs of the new companies. Then their staffs. There are the people on the integration team.” Good start! Any surprises? Bryan thought about it. “Yes. You know who keeps popping up? The head of strategy from our parent company – I had never even heard of him before all this! And somehow the controller from one these new companies is everywhere.” Write them all down. At least then you have a handle on what you’re dealing with.

As always, the typical excuses don’t matter: Just because you didn’t choose this scenario for yourself, just because they are not making inroads to you, doesn’t mean you are excused from doing what you need to do to develop influential business relationships with them.  You can’t control external factors; you can’t control others’ behavior; you can only control yourself. So put all your energy into that.

But for a big change, where do you start? Begin with your most critical goals. “The most urgent thing right now is coordination,” Bryan said. “Randy (the CEO of the parent company) asked me to coordinate the initial budget and headcount consolidation. I need the CFOs of the three companies to submit their information using our template, and so far it’s been impossible to get this from them.”

Now, the money question: how do you influence each of them, one by one? “Well, I can tell you what hasn’t worked,” Bryan said with a smile. “I asked my CFO to take point on this, and he sent out a number of emails to the whole group, telling them who needs to send him what and attaching a template, without a lot of background. In the back of my mind I didn’t think that was quite the right approach, but now I really see that.”

Bryan thought about the tactics he would use. He decided to handle this particular request personally. That would raise the importance level, and give him the opportunity to start getting to know some of the people on his map – a crucial part of his influence strategy. He would give each of the lieutenants and the CFOs a call. “I’ll commiserate with them about the chaos – we can bond over that,” he said. “I’ll explain what I need and why. I’ll also look for some favor to give them, or at least offer up that I’m ready to help if they need anything.”  Great – doing favors is another way that influence is built.

3) Teach your people. I asked Bryan how his people were handling the transition. “Mixed,” he said. “They are trying, but I get a lot of requests from them to run interference for them. I really wish they could handle a lot more of these initial interactions by themselves.”

We talked about the best way to teach them to better influence without authority. Obviously Bryan would enlighten them about creating a stakeholder map as well as developing a one-by-one influence strategy.

As we talked, Bryan realized that the biggest missing element was the right mindset. “We’ve worked as a team for a long time, so we have a great way of working together, but I can see that also means we have a bit of a groove – or dare I say rut – about how we work together. I need to let them know clearly that there is a new reality. They are going to have to beef up their influence skills and work productively with the other companies, finding ways to make it work rather than getting frustrated when it doesn’t work. Nothing will go perfectly, but we need to have a conversation about expectations.”

That will help, along with practicing every day.

Influencing during times of change is never easy. Drawing a map, developing a strategy and teaching your people will help you structure your time and energy to make progress faster.