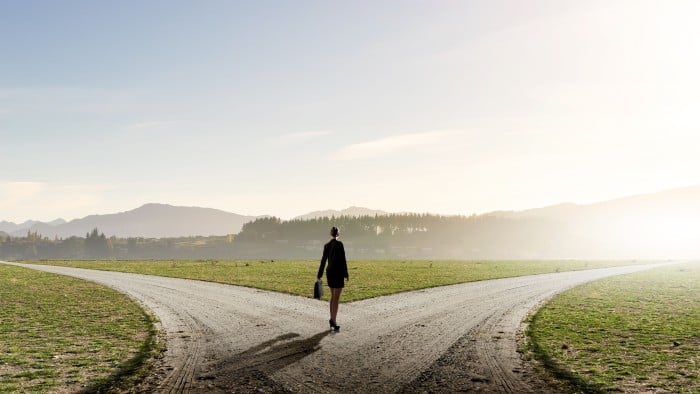 “It’s been a great run here,” Susan said. She was the CIO of her division of a Fortune 50 Pharma company. “But I wonder if it’s time to look for something else.”

Susan was at a crossroads. Her team had just completed a roll-out of the new telephony and video-conferencing system. “It may seem like a small thing, but people are creatures of habit. Changing the phone numbers and the look and feel and rhythm was not easy – you felt like you were taking away their security blankets!”

This was the third wide-scale initiative she had completed. After 5 years in the role, she had also repositioned the Office of the CIO away from “glorified helpdesk” into a force that advises on technological shifts and bringing technology into all of the functions to improve decision-making.

“I have loved every minute of it. But I’m not sure if there are any technology challenges left for me. To tell you the truth, it is more the leadership and strategic stuff that intrigues me the most, along with the operational role of making something happen. I’ve begun to think that I want to find a COO role, but that would be quite a transition, especially at my age!”

Transition. It’s hard at any age, but there is no question it seems even harder when you’ve done your time in a functional area like IT or Finance or Engineering.

Most people don’t even know where to start.

Try this: Build your skills, translate your experience, engage your network

1) Build your skills: There is no substitute for skills. You might think that’s a deal-breaker – after all, how can you build skills in a different function when you have a pretty busy day job? You don’t have time to go back to school and you’re a little old to do an internship! With a little bit of reflecting and some strategy, you can get what you need.

First you have to figure out what skills you want to build (some ideas about that in the second article below.) Then make 2 30-minute appointments with yourself: the first to brainstorm how you will build those skills and the second to put together a quarterly skill-building plan to keep yourself on track.

There are so many ways to learn these days. You can find short courses in your area or online. Bloggers, authors and podcasters offer a lot of information, and of course you can teach yourself plenty just by reading. Shadowing others on the job is a great way to learn new skills, as is getting involved in cross-functional or special project teams.

Susan had a leg up on this already. As the CIO leading the implementation, she could have done the technology piece and let HR handle the rest. But she was interested and got involved. She sat in on change management interviews that normally HR did alone and learned how to conduct those interviews and how to derive insight from them. To understand the bigger picture she read a book on change management and starting skimming a few blogs. She also took the lead presenting to the executive staff and gained much more skill in influence and communication – specifically in speaking about technology topics in much broader business value terms.

At the end of the year she had gained a lot of skills and knowledge on change management, communicating abstract topics to large groups. Those skills would be critical in setting herself up for a transition.

As we discussed it, Susan realized that since she had run a function it would be easy for others to see that she had the operational basics. She needed to translate her other experiences so that people could see them as relevant to the COO role. She had to articulate her background in change management, for example, and also showcase her leadership experience, her ability to build and manage top relationships, her strong influence and communication skills. It wouldn’t be obvious for others to see those through her IT background.

Susan started focusing on and talking to others about her skills and experience relevant to the transition to a COO role. She got herself on a few technology panels to speak about change management rather than technology. She sought out opportunities to meet with the executive team of the corporation to build relationships with them. In those meetings she focused on communicating more strategically in terms of “business value” and “technology trends” as well as leadership topics rather than talk about the new video conferencing system. And she made a point of presenting to large and small groups to continue to showcase her ability to communicate to groups and to get practice “looking the part” of a General Manager, not just a technology leader.

3) Engage your network: As always, your network is the best vehicle through which you get important things done in your organization as well as the most significant contributor to your future success.

When you want to make a transition, assess your network to see where there are strengths that will get you where you want to go and ways that you want to beef it up to support your efforts. Ultimately you want to  deepen your existing network and see if your contacts can help, you as well as broaden your network – add people you don’t already know. Since they are new to you they see you as you are now (not as you were 10 or 20 years ago) and they have access to other networks and opportunities that you and your existing contacts don’t know about.

Susan hated networking events (who doesn’t?) The good news, I told her, is that the contacts she wants to meet are probably not at networking events anyway. She enjoyed being at industry events and panels, so why not attend events which brought cross-functional leaders together, not just IT executives? She decided to attend a conference for women leaders and even got on a panel to speak about change management. Because she was focused on broadening her network she made a point of meeting COO’s and other executives out of her domain and found ways to follow up with them. She could see how ultimately they could point her in the direction of real opportunities.

After 9 1/2 months, and 2 “close but not quite” interview processes, Susan landed the COO spot within a different division of her own company. During that period she added to her skill set exponentially – “I’ve probably never pushed myself so much during a single year of my career,” she said. She also broadened her network tremendously. Both these changes will provide an even more solid platform for her future career path.

If you are thinking about making a career transition, remember to build your skills, translate your experience, engage your network. I would love to hear from you – email and tell me if you use this advice!