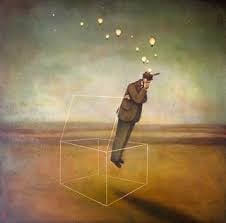 Managing yourself in tough situations

Preparing for a tough conversation

“I don’t know how I got into this mess.” Nathan was telling me his tale of woe back in the spring. He is the founder/CEO of a 3-year old very fast growing digital media company. The company had won a number of awards in the past year or two and had doubled in the first months of this year – things were going great!

Nathan’s clients and team love him. He is inspiring, creative, sincere, funny. His team knows that he has their backs – more than once he has interceded when a client was asking too much from the team or being overly harsh.

The current situation was not so pretty. The company had done some work for a large public company. It started off great but for a variety of reasons the scope had grown and Nathan and the team were not on top of it. The project had a lot of difficult twists and turns. It ended well but it really beat people up.

He’d screwed up. Hey, it happens! That might have been the end of it – lesson learned! – but now

Nathan was facing something he hated: talking with the client who was threatening not to pay. Ouch.

A lot of people can’t stand conflict. Just because you’re a senior executive and a founder/CEO doesn’t make you exempt.

Nathan and I discussed the strategies that would help him handle his feelings of dread and make the conversation tolerable.

1) Make it a learning lab 2) Label 3) Forgive yourself

1) Make it a learning lab: Hard conversations are, you know, hard. Not only that, but simply anticipating having a tough conversation makes people anxious, compounding the problem. Not only is this draining, it gets in the way of good planning. And planning both the content and the mindset for this discussion is your best hope for getting what you want out of the discussion.

The best way to deal with your anxiety is to take the pressure off yourself by making the interaction a learning lab. Assume that this conversation exists exclusively as a vehicle for you to learn something or practice something. Let that learning be your goal.

Focusing on the discussion as a “learning lab” helps you reframe “success” in the conversation from “getting something” to “learning something.”

Nathan loved that shift! Rather than get all the money he was owed – something over which he had almost no control – he decided to practice two skills: maintaining an even-keel during the discussion and asserting his point of view rationally and not emotionally. That helped him plan for the conversation with less concern and more curiosity: what are the strategies he would use to calm himself down in the middle of the talk?

2) Label: Labeling is simply stating the facts. Without emotion or a “story” about the facts.

In Nathan’s case, labeling was a recap of the events so far: “We signed a contract.  It contained a specific scope. The scope increased during the project. We concluded the project successfully. You haven’t paid us the money owed under the contract.” That’s it. No drama. No “you’re trying to screw us.” No “it’s not fair.”

That’s not the entire conversation of course, but when you have your facts straight in your mind you have a way to express yourself in a calm and concise manner. If the other person gets emotional, you have the facts to return to in a way that can ground them and yourself.

3) Forgive yourself. Long-time Alisa Cohn followers know this: I am not a touchy-feely coach. I’m more “tough love” than “coddle.” So I hope you really take in this point: you have to forgive yourself.

Your self-critical voices do not help you. They only drain and distract you. The way to move on confidently, productively, successfully is to neutralize the critical voices in your head, to stop reliving the past and feeling bad. In short, to forgive yourself.

Nathan found this toughest of all. He tended to be hard on himself, like most successful people. He thought that he – a seasoned professional, a founder, a leader – had made a rookie mistake.  He felt that he had let the team down. Etc., etc.  There is no end to the blame you can place on yourself.

I gave him a few tools to forgive himself. Nathan found simply getting some perspective to be very helpful.  He realized this indisputable truth: mistakes happen. All the time. He thought about how he would talk to his team members if this happened to them. He’d be kind and productive, and he’d help them find the positive. He used that thinking to attack his undermining voices, and was soon on his way to self-forgiveness.

So how did the conversation go? Not bad.  With his negative voices on the shelf, Nathan prepared very well. He focused on his key learnings and was able to use the tool of labeling as a way to help stay calm. He didn’t get all of the money but he got a good chunk. Even better, he got a message afterwards from one of the people on the call telling him how incredibly impressed she was with the maturity and calmness that Nathan had shown. “I don’t know if I would have handled it that well. You really taught me something,” she said. Then she offered him another project. Score!

Next time you get yourself into a jam, try using the tools of learning lab, labeling and forgiving yourself.  I would love to hear how these work for you!