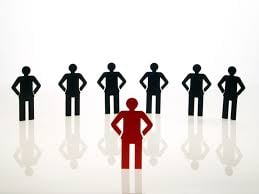 “Am I allowed to say ‘it is the best of times, it is the worst of times?'” Ken said to me, not entirely kidding, when I walked into his office last fall. Ken had just been promoted. He was now the Senior Vice President of Product – responsible for the entire global portfolio – for the high tech company he had worked at for 8 years. He had been a Vice President of product for all of that time, managing one of the two largest products for the company. The former SVP had taken another job – quite suddenly it felt – and Ken was put into the role with only 2 weeks preparation time. He had to get up to speed quickly and we needed to find all the short cuts we could.

When you get promoted – after the violins play, after you celebrate with your spouse, after you grumble that it took too long – you are left with the reality of what it is to act at that next level. For most of you, at some point you will become the manger of your former peers.

When you go from peer to manager, you are different than you were before. On Friday you walk out the door as “one of us.” On Monday you walk back in as “one of them.”

3 things to think about in your new role: 1) message to your team; 2) connect with your new peers; 3) quick wins.

1) Message to your team:  You might be tempted to say nothing. Or, it’s easy to be self-deprecating about this and tell people “I’m the same person I was last week.” But it’s not true – or at least it better not be true. The best way to handle this is to have an open conversation with each of them acknowledging the changes that have happened and what to expect.

Ken set up 1-1s with his former peers, suddenly new direct reports. He went into their offices rather than call them into his – he was very conscious of not wanting to send a “superior” signal! He told each of them 3 messages: a) this might feel a bit awkward but they both knew he was now running the group; b) he wanted to and was planning to put his own stamp on the group, with the help of team; and c) he cared about their careers and wanted to use this opportunity to help them get where they wanted to go.

After that “speech” he asked them some questions to get their take on where he should focus his efforts. His first meetings were with the two people who had wanted the job themselves, then he met with the others, one by one. When he was done everyone knew where he stood and where they stood, and as a bonus he had gotten a lot of insight from the team.

It’s easy to shy away from engaging with your new peers. You may have a habit of seeing them as a bit removed and of feeling like you are supposed to follow their lead. Now you are part of the process of establishing “their lead” and that can be a very sudden transition.

There was a staff meeting the day after Ken took over, so he decided to capitalize on that opportunity. Sometimes when you’re the “new guy” it’s helpful to be quiet and observe new situations; sometimes you want to make sure you speak up and be noticed. You have to decide what’s right for your situation.

In this case, the staff tended to be loud and fairly political. Ken had sat in on a few of these meetings before, and after 8 years had pretty good relationships with all the members of staff. We agreed that his best move was the make sure he spoke up at least 2 or 3 times, and to find an opportunity where he could disagree so that he could signal a comfort with himself in his new role. (Not a move for the faint of heart, and not generic advice!)  Since Ken had been in these meetings before, he could predict at least some of the topics that would come up and places he could insert himself – a little bit of this kind of planning helps you speak up at the right moments in the meeting.

3) Quick wins. In any situation involving change, quick wins are always the right answer. Remember, you have to think about wins in their eyes. And, furthermore, a win to one group may be different from a win to another group.

Ken had an easy quick win for his direct reports. The team had felt incredibly stretched for the last year and headcount had been frozen. As part of his promotion agreement he had aggressively negotiated for some new hires and he was able to announce those searches on his first day. He set the expectation that the process would take less than 45 days to get the new people on board – that gave him a lot of credit and credibility with this new team.

With his peers, it took Ken a bit more thought to determine what would be wins for them, and he realized he would have to engage them one by one. He started with the SVP of Engineering. His old boss and the SVP of Engineering never had a good relationship and were often out of sync. Ken decided to meet with him and suggested a weekly meeting to help them get aligned and stay aligned. The SVP gratefully accepted, and told him how much he appreciated the outreach.

You get to have a lot of transitions during the lifetime of your career, and moving from peer to manager of your peers is one of the most difficult. Use these tools to help smooth your way. I would love to hear your experiences with this!