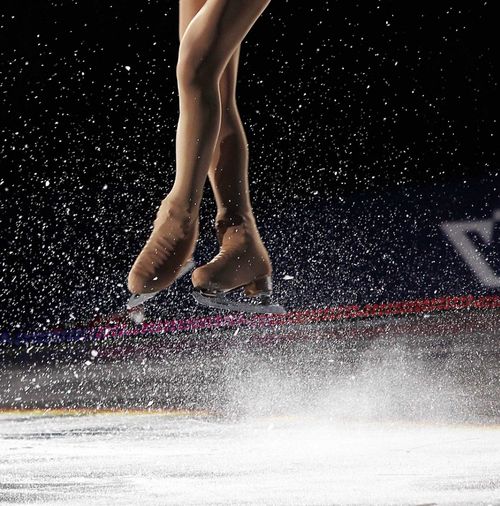 “We’re working on performance appraisals, and I feel a bit stuck,” Samir said to me early in January. “These are important to people. Everyone should get feedback and a sense of where they stand. But I just feel like we all get kind of lost in process.”

Samir is the CEO of a mobile software company in Austin, TX with about 100 employees.  He is driven, meticulous and very earnest.

Samir is not the only one who is unsatisfied. Performance appraisals fit into a tricky paradox: “very important” and also “gosh, do we have to be so bureaucratic?”

Leaders aspire to do them right, but writing the review sucks the life out of them. Employees kind of complain about them, but they complain even louder if they don’t get them. “Performance” itself is actually hard to measure. And everyone is subject to moods and biases which affect how they rate people. Add in concerns over what the rating means, as well as interpersonal squeamishness and you have plenty of obstacles to giving honest feedback.

Here’s the secret: (Are you ready for the secret?)  1) Measure outcomes; 2) Measure leadership behaviors; 3) Get feedback from others.

It’s very common in all organizations for leaders to base their performance appraisals on a big picture impression. “He works so hard,” leaders will say, or “she always comes through for me in the clutch.”

That’s great, but it’s not “performance.” Performance has to do with setting out specific outcomes you want others to accomplish and then measuring how they did achieving them. It helps you and it helps your people when you agree on what they tried to get done, what they actually got done, and what the impact on the business was.

This is not a one-time conversation, by the way. Revisit this throughout the year – what are their goals? Has anything changed in the business that would change those goals? How does their work specifically positively impact the business?

As we discussed this, Samir thought about his COO, Gene. “He is so smart! He did an amazing job handling a legal issue that came up. He jumped into a problem we had with the data team that was not in his swim lane. He spearheaded our move, and I didn’t have to get involved at all.” I nodded enthusiastically, although I sensed there was a “but” coming. “But,” (told you!) “the most important thing I wanted him to complete was to upgrade our IT platform, which he didn’t do. He doesn’t get along with Reza (the CTO) and I think that got in the way.”

Right. Gene is great; Gene is trying hard; Gene accomplished important things! But Gene didn’t get to his most important goal. Samir agreed that the conversation he needed to have with Gene included all the good things he had done, and the big miss about not completing the most important goal. Then they could talk through how Gene can make sure to stay on track with his goals for next year.

If you think outcomes are hard to measure, trying measuring people on their leadership behavior. Talk about squishy!

CEOs and other leaders often feel frustrated that members of their team aren’t “doing it right.” They say things like: “She is inconsistent. Sometimes she will work really well with her peers and get their buy-in and sometimes she goes around people. She has good judgment, but I need more collaboration.” Or “He is a downer! We need his realism, but his gloom infects the executive team and his direct team. After you talk to him it feels like there is no hope and everything is about to crumble.”

This behavior can be hard to articulate. And leaders often aren’t quite sure how to bring up what they consider to be intangibles – behavior and attitudes.

From me to you: you are perfectly entitled to have that conversation! Your leaders need to act like…well, like leaders! And if they are falling short of that mark you should discuss it with them.

Samir told me more about Gene. There is a lot of good here! Gene is proactive – jumping into areas that matter. Gene takes the time to mentor others and build up the leaders around him.

Samir also told me that Gene doesn’t collaborate with people he doesn’t think are “worth his time.”  He goes around some people and that causes confusion. He let a difficult personal relationship with Reza get in the way of completing his top priority. That’s not acceptable.

Samir saw how what he often thought of as “personality quirks” were actually critical leadership behaviors. And he realized that he had never spelled out to his team how he expected them to act. He decided to use his conversations with his leadership team as a jumping off point to create a “leadership manifesto.” Sounds fancy, but it’s simply a way to capture the leadership behaviors and attitudes that are important to him and to the team and to lay out those expectations clearly.

3) Get input from others

As always, your line of sight is biased. You are the leader. Your picture of what direct reports and peers think is blurry. The only way you can know this is to get input from others.

How you do this doesn’t matter. You can ask key people via email to send you some comments (make sure you can count on them being honest.) You can ask people informally, or you can send around a survey tool. Either way, it’s worth it to find out directly how others view this person.