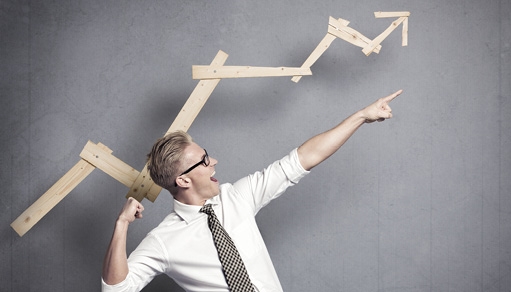 “Ain’t nothin’ like success!” Carol said to me when I walked into her office right before Christmas. Good news – finally! Carol played for me a voicemail that someone had left her that morning – one of those nice voicemails you save to make yourself feel better when you are having a bad day.

It had been a rough 6 months. Carol runs a large division of a major high tech company. Her team had spent almost a year looking for a very specific kind of company to buy at the right price, finally landing on a hot start-up that fit the bill – let’s call it “Fire Water.” Negotiating the deal took forever with lots of nitpicking, but it turned out that was the easy part. Once the acquisition was completed, the hard part started: integrating Fire Water’s new people and systems into the company without disrupting everyone and everything in the process.

“I’ve done acquisitions for 20 years and I have never seen issues like this,” Carol had said at the time. “On our end, we have had a lot of missteps. The Fire Water folks are in a near mutiny. It’s become this bad marriage because the good people have 2 year handcuffs. We actually need them, they can’t leave, and so we’re all stuck.

There was so much broken that it was distracting. As we talked that day, Carol got her head together. You can’t focus on everything, you can only focus on one thing. After discussing trade-offs, Carol decided to focus on gaining traction by generating quick wins.

Quick wins are the life support system of any major change initiative. In case you haven’t noticed, there are plenty of skeptics and naysayers out there. Getting points on the board quickly and visibly serves as tangible proof of success, even if it’s small. People want to be a part of success. Quick wins also send a strong message that you are not going away, so waiting for this latest initiative to pass by is not an option for people.

Business quick wins: This is the most obvious and the one people gravitate to. That makes sense because execution is important to everyone and everyone gets rewarded for execution. Business quick wins are about driving revenue, saving costs, delivering a software implementation – what you naturally think of when you think of “winning” at work.

In Carol’s case a business quick win was obvious: because of the acquisition, Fire Water had a much stronger offering for their customers. Carol’s original plan had been for her team to take time to put together a strategic combination of their best offerings as a combined entity and to launch with a big splash. She realized that the Fire Water sales force would be much happier when they experienced the satisfaction of selling the newly configured, much stronger, offerings to their old customers – especially the ones who had been with them since the beginning and with whom they shared a deep bond. So she fast-tracked creating the marketing collateral and training the Fire Water sales force to get them in front of their best customers with special offers within 30 days. Almost overnight the Fire Water sales team became believers.

Process quick wins: This is the one that makes people breathe a sigh of relief: “Finally, they got rid of that complicated status update that nobody reads!” or “Thank goodness, now this meeting is useful and not a waste of time!” You’ll know a process quick win if it reduces aggravation, makes things simpler, or allows people to do their jobs with less effort.

This was harder for Carol. All the process improvements she could think of would just make Fire Water employees angrier. She thought about what would be a process quick win in their eyes, but she couldn’t come up with anything. So she asked a few people casually what needed to be streamlined. Two answers kept recurring: The new company was enormous and getting anything done was incredibly difficult and confusing. What’s more they felt they had already lost that small company feel, where they used to get together for pizza on Fridays and have monthly birthday celebrations.

Could it really be that simple? One truism about corporate life: free food – and in particular free pizza – goes a long way. Carol sent out a very funny parody of a corporate memo inviting everyone to Friday pizza parties, and she got her company’s executives to personally host them. She assigned an on-site ambassador, Sajan, a director who had been with the company for 11 years and had a remarkable network (to say nothing of an even temper and well-developed sense of humor.) Sajan joined the integration team as Fire Water liaison. At integration meetings he brought up the concerns of the Fire Water employees and made sure they got resolved. He patiently walked Fire Water employees through the bureaucracy. He sought out relevant partnerships and became an informal matchmaker, introducing people who had natural overlapping interests.

Relationship quick wins: people talk about the importance of building relationships, but in the urgent day-to-day of running a business, people forget that solid relationships are the fuel that powers getting things done. Gaining traction is all about winning hearts and minds. When they start liking you, they start pulling for you.

Some of what Carol had done had already strengthened relationships – these wins work together. And Carol had already made a conscious effort to build rapport with the executive team of Fire Water. She realized, however, that most of the issues were coming from the mid-level engineers and project managers – they are the ones who get the work done and they were the ones griping and infecting others with their negativity. Carol saw that she was late in getting to know them better.

She decided to devote every Tuesday morning to going around to these employees and having informal chats with them to get to know them better. Some did not like being interrupted, so she scheduled meetings with them, keeping them informal by holding them over coffee. She also discovered that a group of them worked out in the early evening – the office gym was packed at 5:30. After deliberating over what to wear to the gym and a little trial and error, she got an outfit together (her own version of business casual) and started working out at the same time 3 or 4 days a week. After a few weeks, the employees got used to her and started chatting with her in between sets. (Yes, she also got more toned. Sometimes quick wins can be win-wins.)

The wins started building on each other. Carol got the adrenalin rush of a “win” and the long tail of people getting on board and things starting to work. The message she had gotten on her voicemail was from Jeff, the head of a product group and one of her new gym buddies. He wanted to let her know about a spontaneous joint product meeting that was taking place between the (formerly) two companies. They didn’t feel the integration was happening fast enough and they wanted to get together themselves to streamline. This, from two groups who had been at war, was in itself extraordinary. That the voicemail had come from Jeff – whom Carol had once called “Chief Complainer” – was a miracle. Ain’t nothin’ like success.

For any change initiative you are considering, remember to engineer quick wins in the areas of business, process, relationship. I would love to hear examples of what has worked for you!