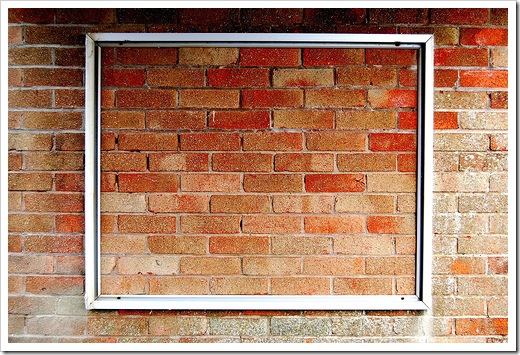 Quotes about reframing: We are continually faced with a series of great opportunities brilliantly disguised as insoluble problems.

You have enemies? Good. That means you’ve stood up for something, sometime in your life.

Last month I conducted a leadership program in Utah that included an overnight camping trip (fancy camping – think Backroads, not Outward Bound.) The participants all signed up voluntarily even though most of them didn’t know each other before the trip. We bonded through the day, and then got to our campsite for the overnight part.

Now, sleeping outdoors is not everybody’s cup of tea but trust me, this was wonderful. Pinpricks of starlight set off against black sky, a gentle breeze, a great sleeping temperature. And, let’s face it, it’s fun to get away from responsibilities of work and parenting to pretend you’re a boy or girl scout all over again.

Then it happened. Was that a wild boar? Had someone decided to cut logs in the nearby forest? No. Somebody was snoring. This was NOT what the group had bargained for in their congenial day together, and several of the members advocated waking up the snorer. Then Peter piped up. “I kind of like the snoring,” he said. “It reminds me that other people are around. I’m not alone.”

Everyone was quiet (except the snorer) and then Maria said “I never thought of it that way before. I guess I’ll take that home with me and use it next time my husband snores.” Everyone laughed, and we all fell asleep to the sound of….crickets chirping. The snoring actually stopped quickly.

What does this have to do with leadership? What Peter did pretty powerfully is reframe the whole situation. He looked at reality:someone is snoring. He did not resign himself to the normally negative association with that. Instead, he gave the group a positive interpretation – a new frame – and in doing so kept the group aligned toward their common purpose: being able to fall asleep despite all that racket.

This is not positive thinking nor optimism, as in “Maybe he’s not really snoring” or “Maybe he’ll stop snoring.” This is taking a hard-nosed look at the truth and then interpreting the truth in a way that empowers yourself and others. That’s what leaders do.

So how can you reframe?

1) Accept reality without trying to change it or deny it. If the project’s late, it’s late. If the economy is bad, it’s bad. No drama, no hand-wringing, as little frustration as possible. Once you accept reality as unchangeable, you free up your emotional energy to find meaning that lets you do something helpful.

2) Ask yourself a simple question: Is there another way to look a this? What can we learn here, what can we gain? What’s the lesson?

For example, in this economy many people are being stretched to the maximum – that’s bad. Let’s not pretend it’s good. But, even so, there are plenty of people dealing with it productively.

One of the leaders I coach, Tim, Sr VP of Marketing, realized that he was being impossibly pulled with too small a team to do too much work. We talked through how to reframe what was going on, and he realized there was an opportunity here for him to get “back to basics” as he said. He’s become absolutely disciplined about three things: return to regular workouts since he knows he needs the stamina; boil issues down to the essential elements because the need for simplicity is urgent; and delegate to his team more boldly out of necessity to leverage them. So, even though it’s rough on Tim – which is bad – he gets the chance to renew his commitment to himself and also more strategically develop his team – that’s good!

3) Focus on the end goal. Obstacles will always appear and there will be plenty of reasons why something won’t work. Leaders know that when they focus on what they do have and what they want to get done, they are much more likely to see the path through the obstacles.

Take a look at your own world. What feels overwhelming or impossible? What can you reframe so that you can take a significant step forward? I’d love to hear from you – what starts improving or changing simply because you change the way you look at it?