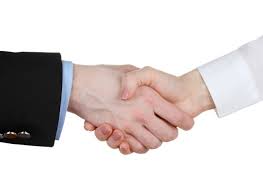 What does it take to get promoted?

“What’s it take to get promoted around here?” Alex was frustrated. He had once again come in second for a GM role. “I’m beginning to feel like I need to find another company where they will appreciate me.”

Alex has always been a high achiever. He joined this multi-national industrial solutions company 5 years ago as head of forecasting, and he had quickly expanded his reach to include running all of sales planning and strategy.

Somehow, though, he had gotten stuck. The next step for him was to become GM of a business unit or head of a geography, but every time one of those roles opened up he was passed over.  And yet, Alex had always gotten excellent feedback! Every one of his performance reviews put him in the highest 10%. His boss was always complimentary and encouraging, and his colleagues seemed to reach out to him as a go-to guy.

What was going wrong?

3 steps to get unstuck: 1) Look with fresh eyes at your organization; 2) get deeper feedback; 3) bridge your gaps.

It’s easy to fall into the rhythm of doing your job, doing a great job, but not tracking with what your company values in its senior leaders.

Is that you? Find out by looking around with fresh eyes by asking questions to help spark new thinking: “Which senior leaders are viewed as successful? Who are the most influential executives? Who has recently entered the ranks of senior leadership?” Then look for common themes.

As Alex asked himself these questions, he realized that the culture of the company had changed around him. When he first arrived there was a very collegial environment – successful people only got ahead if they waited to drive consensus. So Alex became a consensus-builder.

Over the past two years or so, however, that had changed. New members of the executive team came in and they were more decisive and moved much more quickly. Alex saw that now speed and risk-taking were more highly-valued than consensus, and the people who exhibited those qualities seemed to get rewarded. Alex bounced this observation off of a few trusted colleagues and they agreed.

Understanding his organizational environment was one piece of the puzzle. Next Alex had to figure out how he was perceived.  He had gotten a 360-feedback report less than 8 months ago. Guess what – it was glowing! It gave him no indication whatsoever that he wouldn’t be supported for the GM role.

I interviewed some key stakeholders around him to get the inside scoop. And I also encouraged Alex to have some candid conversations with some trusted colleagues and even an enemy or two.

Alex was able to find out on his own that he was seen as a solid citizen in many ways – that’s great! Senior leaders saw him as business savvy, a leader who inspired loyalty, and a consensus builder. But he was missing a few things to get him to the top: namely those elements of speed and risk-taking we saw in the culture. Alex was seen as someone who took a long time to analyze data and make decisions, and that hurt his ability to get others to see him as a GM, who would need to make quick decisions without perfect information. And, surprisingly, contradicting some of the feedback about being a consensus-builder, Alex’s peers found him territorial, not getting their input before making decisions.

Here’s an important truth about feedback at the executive level: it’s subtle, it’s hard to pry out of others, and it is often contradictory, so therefore hard to interpret. In this case, as we dug into this more, we found that because Alex was uncomfortable taking risks, because he tried to get cross-functional colleagues and senior leadership buy-in, he felt he had no time to get the input of his peers. They noticed and they didn’t like it.

Armed with this new data, Alex had something to do besides update his resume to look for a new job.

Alex’s immediate actions: he had a direct conversation with his boss to make sure that his boss knew for sure that Alex wanted to became a GM and wanted to get the next slot that opened up. He was surprised to learn that his boss hadn’t realized this! Alex had never told him his career aspirations clearly, so his boss thought he was more or less satisfied where he was. His boss agreed to look for opportunities for a high-visibility project where he could demonstrate his ability to take risks and make fast decisions.

Alex also started bringing in his peers to get their input. They appreciated it. Interestingly, he found that focusing on this helped him make decisions more quickly. Bouncing decisions off of his peers made him more confident and allowed him to move faster.  Plus, the discipline around getting their input helped him structure his time more rigorously.

Alex now feels much more confident that when the next role opens up, he will be supported by key executives and peers to get that job. As a bonus, in finding out “what it takes to get promoted” he has learned some valuable skills and traits to make him a more effective executive.

How about you? What’s it take to get promoted at your company?